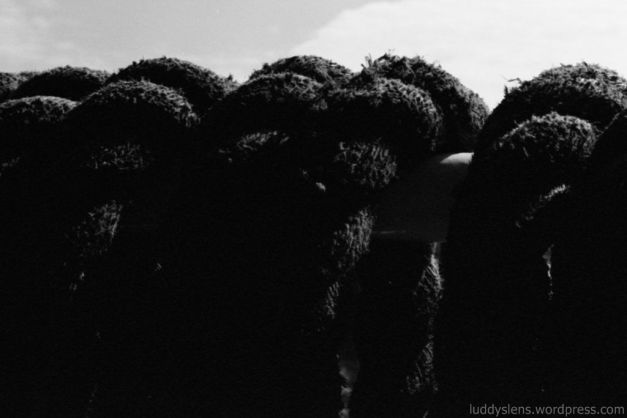 A while ago, I failed three rolls of film in a row.  For two of these I bravely admit to user error (you may recall Power Lifters); for the third, I will passive-aggressively mention that I think they hired a lot of new people at my preferred film lab (although, really, that one was my fault, too).

This caused me to retreat to the old familiars:  a film that requires no thought, a lens that won’t scold, “techniques” I learned back in semester 1 of junior high photo class*, subjects I’ve seen so many times I could probably not even aim and they’d turn out all right.

At least I didn’t start taking pictures of *gag*hack*glrg*…”kittehs.”

* How old I am:  they don’t even make “junior high” schools any more.

Pictures for a Lazy Sunday: Napping on the Ferries.

For the most part ferry travel is like any other mass transit experience: dulled-down citizens gazing at nothing, eating, reading, talking too loud, snoozing. 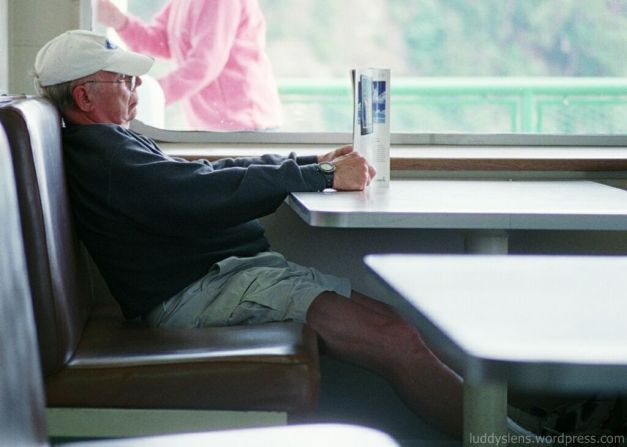 The difference, for me, is that it’s very peaceful to be on the water, which alleviates the nuisance.

The other difference is that you can actually get a whole bench to yourself on a ferry. 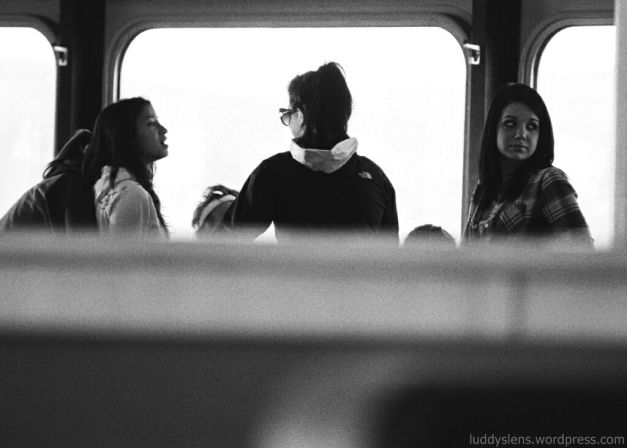 The ferry ride will take at least an hour, and sometimes up to 2-1/2, meaning ample time to skulk around your fellow travelers and make up stories about them in your head.

Watching these two from a distance, I imagined they took an early ferry out just after sunup, and now it’s nightfall.  The end of a long day, spent alone with a now-exhausted toddler, too over-tired to sleep the rest of the way.

An irresistible sight on an intensely bright day.

Ride the Ferries: By Ourselves All Together.

The anonymity of mass transit. 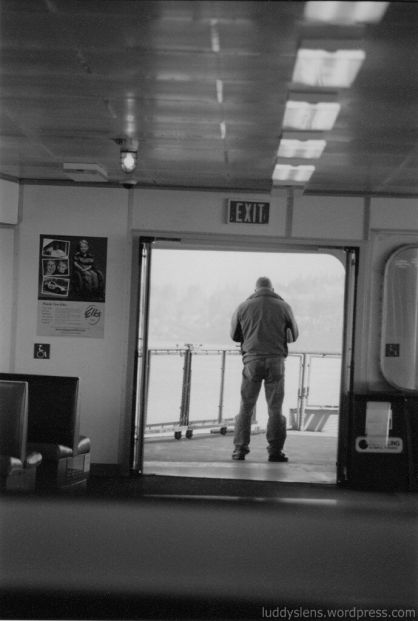 I remember passing this couple as I looked for a seat.  They glanced up from their newspapers, nodded at me, went back to reading.  I nodded back and went on my way.  Whoever they are, and whoever I am.

Ride the Ferries: Floating Heads, c. 2007
Ilford Delta Pro 400, scanned from the print
(You might remember this image from my post on Deliberate Defocus.)

Ride the Ferries: First We Wait.

My ongoing series on the joys of our local version of mass transit. 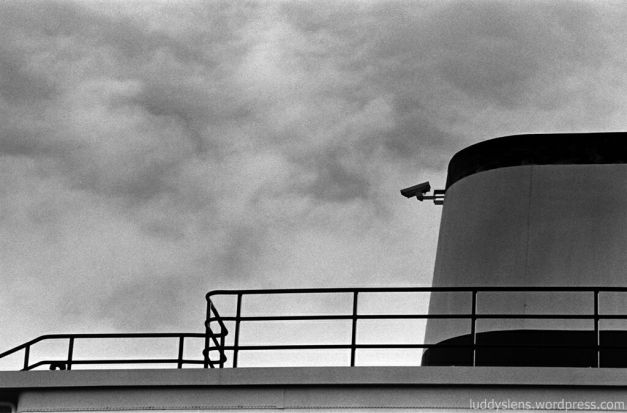 Around here, if you want to get to the mainland — aka “the Americas” — you will ride the ferries.  There are no bridges to drive from here to there, although there will be many occasions when you are at once both in your car and on a boat; thus, the ferry routes are managed as state highways. 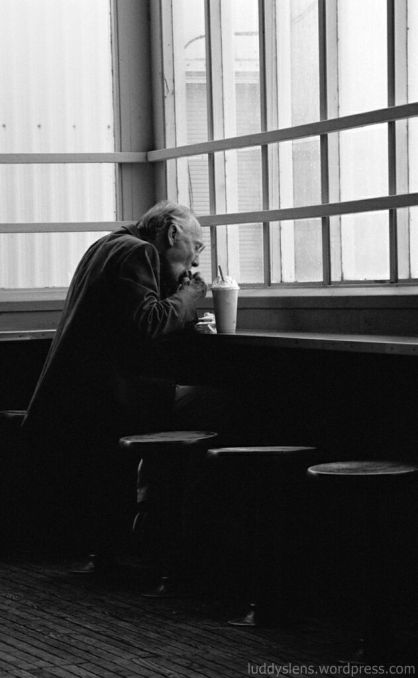 (This fellow was doing what most of us do when we’ve parked our cars in line at the landing and have an hour to kill before we load and sail.)

A few minutes of bustling activity as the boat loads.  And then more waiting.

Pictures for a Lazy Sunday: Early Morning in Town.

Give me mornings, the earlier the better, especially on the road.  The cool damp air on your face and nasty convenience store coffee at your side. A ferry horn in the dark harbor letting go with a THROOOONK! I find people more polite at this hour — or rather, less impolite: kindred spirits? or not yet stressed? or too groggy to be rude? Maybe I’m just nicer before the world wakes up. 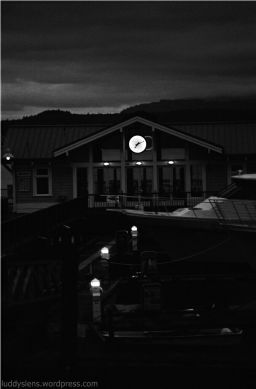 These were taken on various mornings from late fall to early spring of 2009-2010. Notice the preponderant use of Neopan 1600, which had recently swept me off my feet; once I saw what we could do in cool-season predawn light, there was no turning back. There are many more early a.m. 1600 shots from 2010, but I’ll save them for other Sundays.